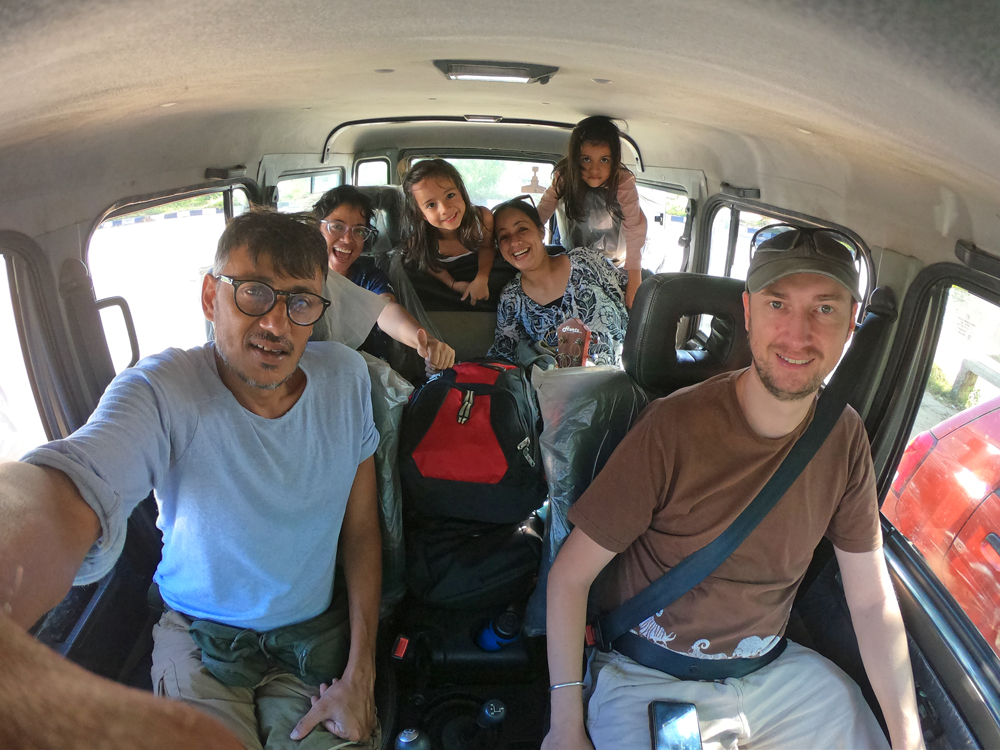 The word “confinement” must mean different for each one of us, but we all yearn for the same thing- freedom. Freedom to be able to move about again, meet our friends, travel, and have that normal life we all once had. Even though my confinement was a quiet life with my family in a forest home in Meghalaya, I still yearned to be free again. I felt deprived of the one thing that is not just my job, but my way of life. I was longing to be back on the road traveling again. I was missing the people and the textures they brought to the different landscapes I visited on my tours. It made me realized how hard the virus has been on us and how harshly it kept us away from one another. So, when our friends from Guwahati, put forward some dates and asked us if we were willing to go on a one-week getaway trip with them in remote Assam (who had opened its borders). I replied instantly with an itinerary. I was always ready, and I knew my family needed a getaway as much as I did. It had to be a kid-friendly place with unlimited adventure and fun for our daughter Parvati and our friends’ daughter Imitha, who also happen to be best friends separated for almost 8 months. This was going to be their get together trip. It had to be magical, colorful and it had to have unicorns. With that in mind, I curated a week-long trip to Kaziranga and Majuli for the girls to see some real unicorns, maybe spot some river dolphins, sail on a ferry boat to a river Island with enough water, and clay to frolic about all-day. It was going to be a fun trip packed with all the energy we had conserved over eight months of confinement.

Aboard a Gurkha Jeep, we hit the road to the land of the Unicorns – to Kaziranga the land of the famed one horned Rhino. Traveling was not going to as carefree as we once knew it, but we were not going to allow the virus to get in our way and spoil our fun. We realized being on the road with two kids , we had to follow all the safety precautions required to keep us all safe. It was not going to be easy with kids, but add in some fun and everything becomes possible with them.

Our first stop, was a lunch break enroute Kaziranga. It was a local food restaurant serving elaborate Assamese thalis packed with nutrition and a variety of plant food I had almost forgotten about. I instantly felt an affiliation for the land that has always been my gateway to Northeast India. A land that beautifully bridges the gap between the Northeast and the rest of India. It was amazing Assam, just as I had known it.

With bellies full, we were on the road again to arrive at the charming Wild Grass lodge, one of Kaziranga’s oldest accommodations. Its colonial architecture brings back an old world charm while blending perfectly with the surrounding nature and landscape. The girls immediately took a liking to the vastness of its garden, probably the fact that they would be away from us lost in play was something they had wished for all along. And this seemed to be just what they had in mind. Nothing like having happy kids on a holiday.

That afternoon, we went for a walk to the nearby village to experience a slow village life and meet Rupjyoti, a local friend who runs a craft workshop empowering women to weave with salvaged plastic waste. Her workshop vibrates with the rattling sound of the loom and an infectious energy of women working to secure a livelihood from traditional crafts. The atmosphere in the village was serene. Almost untouched by the virus. People out and about doing their household chores and working the fields while their kids played carefree everywhere. We probably were the only masked faces from another land, visiting them and yet keeping our distance. In no way did we want to create discomfort and fear of the virus with our presence and in no way were we ready to carelessly blend in. Travelling was indeed another thing in these uncertain times and something that should only be done responsibly. Gratitude for what we get, makes it easier. It makes us view things from a larger perspective and be thankful for what we have. Watching the sun set over those plains, I heard the swoosh of a hornbill right above me, reassuring me of just how I felt.

That night, we celebrated our get together with a bottle of Jameson, while the kids continued to tirelessly play around us. They always had something to do and somewhere to be. At the dinner table we got to know they had planned a sleep-together. Of course, they had their own itinerary, one that is parallel to ours. That night they would talk about unicorns they were seeing the next day.

The following morning, adults and kids were eager to finish breakfast and head for the Park. The unicorn had become our prime agenda. It was going to be a jeep safari in the grassland because we say no! to elephant safari and encourage all our guests to do the same. (Eastern Routes does not promote elephant safari – website link). The kids were explained and aboard an open jeep we headed for the jungle – unicorns, here we come!

Kaziranga National Park is the sanctuary of the unicorn rhinoceros, also known as the Indian rhinoceros, as well as many other wildlife. Along the majestic Brahmaputra River and covering an area of 430 km2, the park has been a UNESCO World Heritage Site since 1985(Kaziranga National Park – UNESCO World Heritage – Official). The credit for the creation of this park goes to Marie Victoria Curzon Leiter, wife of the Viceroy of India in 1905, whose efforts led to the creation of the great national park. Indeed, on her first visit, there were only a dozen individuals but she only could see tracks. It is interesting to note that the centenary of this park was followed by the descendants of the Baroness and Lord Curzon in 2005.

The park is renowned for its ‘Big 5’.

See also our full article on wildlife in northeastern India: Animals in India, where to observe wild animals?

The park has five zones and we opted to visit the central zone – Kohora, since our lodge was located closest to this zone and the fastest route to see the unicorns. At the gate, we were pleased to see that the Park officials were taking every step to ensure no single use plastic waste was being taken inside. After checking our belongings thoroughly, we were led into the Park. We had now entered the Serengeti of India boasting a landscape of tall grass, dense forests and swamps on the south shore of the mighty Brahmaputra. It was a perfect day for a jeep safari with clear skies to reveal the snow-capped peaks of the Eastern Himalayas on the far horizon. It was absolute magic!

We only spotted the first 4 of the “Big 5”, in addition to a Bengal Varan on the hunt. And a multitude of birds: Oriental Pied Hornbills, Spotted-billed Pelicans, Adjutant Stork, Asian Openbill, Indian Roller, Pallas’ Fish Eagle and Egrets and Kingfishers by the dozen. Here in Kaziranga the feline is mostly hiding in the forest thicket, away from human view as compared to its contemporaries in Rajasthan or Madhya Pradesh who are accustomed to the presence of humans. We knew that spotting the tiger would mean hours of patience and waiting, and the kids by now had already seen enough and just longing to run free in the garden of the lodge and splash in a stream nearby. Tigers will have to wait another time!

We also spent a quiet version of Diwali in Kaziranga, an absolute contrast to how it is celebrated in the rest of India and its big cities. Here the locals light oil lamps in the night all around their homes and with only occasional explosion of fireworks breaking the silence. Our friends were happy to be away from Guwahati which gets very loud and polluted on the day of Diwali.

Kaziranga was more than we had hoped for as a getaway in these uncertain times. Its slow quiet life was a comforting haven and most ideal for a family holiday. And the girls now say – “We saw unicorns for real”.

Tomorrow we leave for Jorhat to board a ferryboat that takes us to Majuli Island. Read part 2 of our adventures in one of the world’s biggest river islands : Majuli. For the girls, this was the land of “unlimited water and clay”.