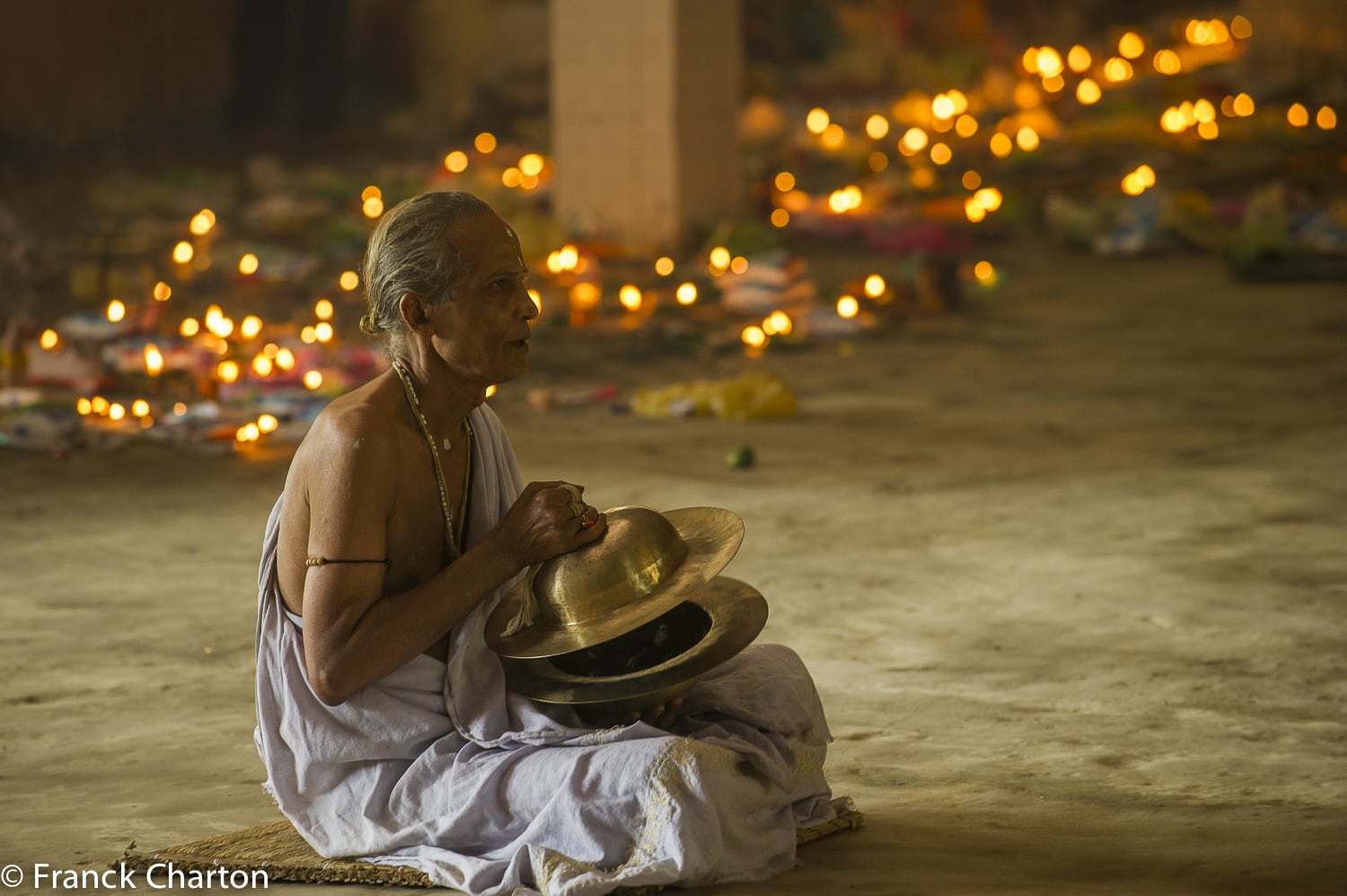 Some places we visit have this “out of place / out of time” kind of a thing. It is like everything is holding within a particular ethereal energy. Majuli Island always gives me this special feeling when I travel there. I am not sure wether it’s due to the abundant wildlife or because of the friendly and deep inhabitants.

The only thing I am sure about is you should definitely discover it by yourself !

How to reach Majuli Island ? or the Ferry

Reaching Majuli itself is an adventure. The only way to reach the 2nd largest river island in the world, is by ferry. From Neematighat near Jorhat, the Brahmaputra welcomes you! On the ferry : pedestrians, cycles, motorcycles and cars – even the holy cows – are loaded like on a tetris game. You can choose to stay inside and chat with the locals sipping a cup of chai or admire the countryside from the tin roof. En route, you can watch flocks of migratory water birds. If you are lucky, you could encounter the Gangetic River Dolphin. The journey takes around 1 hour and is totally worth it!

Majuli is a heavenly abode of different kinds of birds. A good number of ‘storke’ a globally endangered species are found in Majuli. We can see the nest of this species, on tall trees, at many locations of the island.

The island houses several villages, mainly inhabited by the Mising (Mishing) tribe. Originally a hill tribe from Tibet and Mongolia, they travelled from Manasa Sarovar, the highest freshwater lake in the world and settled in Arunachal Pradesh and the plains of Assam in around the 8th century.

Other tribes found at Majuli are Deori and Sonowal Kachari. A walk through any village will give you a glimpse of the daily life on the island – agriculture, fishing and dairy farming are the main industries.

Despite inherent drawbacks faced, modernism has touched this island, with the setting up of medical centres and educational institutions. Housing too, has segued from traditional bamboo and mud construction to ones made of concrete.

The fishing community on Majuli have a couple dozen different kinds of fishing techniques, from small cast nets and baskets to the big deep nets mid-river, the latter reminiscent of the Chinese fishing nets.

Pottery, without a wheel !

Pottery is a traditional form of cottage industry of Majuli. Pots were generally exchanged for paddy, which is the staple food of the inhabitants of this island. Therefore, especially after the harvesting season the potters travel from village to village to exchange pots for paddy. Historically pots were marketed from Dhuburi to Sadiya along the Brahmaputra.

Kumars are the main communities practicing pottery in the Majuli. The Kumars are mostly concentrated in the south-eastern area of the Majuli (Salmora, Chinatoli and Daksinpath). They use a different technique of pottery making in which they don’t user potter’s wheel. Kumars beat clay by hand to give the form of the utensils. These methods suggest a historic origin of this activity.

Weaving their own clothes

Weaving is an important aspect of the cultural life of the people of the Majuli Island. Every house irrespective of caste, creed and social status, has a loom. It is a traditional industry that can be traced back to very ancient period. In ancient times, kings are believed to be wearing clothes from Mezankori plant. Muga silk larvae especially eat this plant

The inhabitants of Majuli weave mainly for utility purposes, and traditionally by women. Most of the communities residing in Majuli practice weaving. Generally a family’s requirement of cloth is met by cloth woven at home.

The tools required for weaving are indigenous in nature, made from locally available bamboo and timber like looms, ugha, chereki, mako and neathani… Raw materials required by weavers are mainly cotton silk from cocoons and mulberry leafs…

It was here in Majuli that the first Satra or neo-Vaishnavite monastery was established in the 15th century. Since then the island has been the cultural capital of Assam. Of the 65 satras which existed on the island, only 22 remain today.

But these remain treasure troves of Assamese arts and crafts. They are especially known for their traditional songs and dances. They open at 9 am and you will need to leave your shoes at the gate.

The Raas Lila (Raas Leela) is the story of the life of Lord Krishna presented in the performing art form. The Raas Mahotsav festival, full of rich art and culture is celebrated on the banks of the River in Majuli and attracts people from all over the world and the country.

This festival takes place in a region known as Garamur, which is at a distance of around 1.5 km from Majuli Island. The beauty of the surrounding and the mesmerizing landscape lure visitors to visit the Majuli festival. The festival happens at the break of the winter season (Oct/Nov), for 4 days. Cultural performances combined with local inhabitant’s tradition are a speciality of this festival.

During these festivals all the Vaishnavs (monks) perform dance dramas. Some Vaishnavs play the music and some play various roles with masks. Men are the major performers of the drama. Women also participate in some dramas. Masks are one of the major features of the dance dramas and represent various mythological.

Food festival is also organized during this time which offers mouth watering delicacies of traditional, tribal and native Assamese cuisine. Exhibitions are also part of this festival and display those articles that immensely reflect the rich tradition of the state.

Each satra is engaged in distinct artistic and spiritual forms of expression to worship Lord Vishnu through music, song, dance and tales from the Ramayana and Mahabharat. As centres of learning, these institutions also act as repositories of Assam’s history with collections of antiques, utensils, weapons, jewellery besides royal and sacred relics.

Bhaona forms the traditional art of popular theatre performed in Assam. It usually has religious content based on the scriptures of Mahapurusha Srimanta Sankardeya. When presented in the form of a play it is called Ankiya Nat and their staging is called Bhaona. These are usually performed at the satras in village and urban setting in Assam. Masks, costumes and jewellery form an important part of presenting the different characters of the play.