Ladakh is located in the far north of India, at an altitude of about 3,500m. Entangled between Pakistan and Tibet, this region, as large as twice Switzerland, is one of the highest inhabited plateaus in the world. These mountainous landscapes are the delight of travellers: between snow-capped peaks, deep gorges, turquoise lakes and mineral desert. Ladakh experiences a harsh winter climate that isolates it for much of the year. From May, the sweetness of life sets in for the summer season, until the end of October.

Throughout history, Ladakh has been a crossroads of civilizations. Between the pilgrims continuing their way to Tibet and the merchants taking the Silk Road with their caravans, the atmosphere of Ladakh reflects this beautiful mixture of influences. Numerous wars of control with Kashmir and Tibet have also marked the region. The arrival of the first Tibetan dynasty dates back to the 10th century. Ladakh remained an independent kingdom until the 19th century when it was annexed by Kashmir, before being annexed to India in 1947 within the Jammu and Kashmir region.

The sedentary Ladakhis peasants live in oases, near the torrents that irrigate their fields and wait until the summer to develop the barley, alfalfa and wheat crops needed for the long winter months. They build their houses out of raw mud bricks, spin and weave wool. As for the nomads of the highlands, they move in search of pastures for their herds. They own almost nothing and derive their income from goat’s wool, the famous pashmina. Traditions and way of life are largely linked to Tibetan Buddhist culture. In a cold, dry and harsh environment, the Ladakhis show immense serenity and ingenuity.

The majority of Ladakhis practice Tibetan Buddhism. A Muslim community is also very present in Leh and Purig (to the west) for example. The form of Buddhism found in Ladakh stems from common roots with Tibet. Monasteries and palaces dominate the valleys. Stupas, chortens, prayer flags punctuate the landscapes. The monasteries maintain very close ties with the villagers. Religious fervor is found in every family, through daily prayers and religious festivals.

Tourism is becoming the region’s main source of income. In the past, the economy was mainly based on subsistence agriculture and on the commercial relations linked to the passage of Silk Road caravans. Today things are changing. The market economy and the tourism boom are transforming Ladakh’s lifestyles and culture. Leh is a must-see centre for new generations looking for a better future.

Geology is an integral part of the landscape. The hiking trails are marked by the tormented morphology of the rocks. The mineral universe of the region reveals the Himalayan barrier, a moving result of the collision between the Eurasian and Indian tectonic plates. Admire this wide variety of rocks: granite, limestone, shale … You will be struck by the mixture of spectacular color: green, purple, brown, ochre, red!

Observe the wildlife of Ladakh and its emblematic species: blue sheep or bharal, ibex, foxes, yaks, marmots and kiangs, these wild Tibetan donkeys. The lucky ones will be able to watch the very rare snow leopard. Bird lovers will be delighted especially with raptors: Himalayan vultures, vultures or eagles. 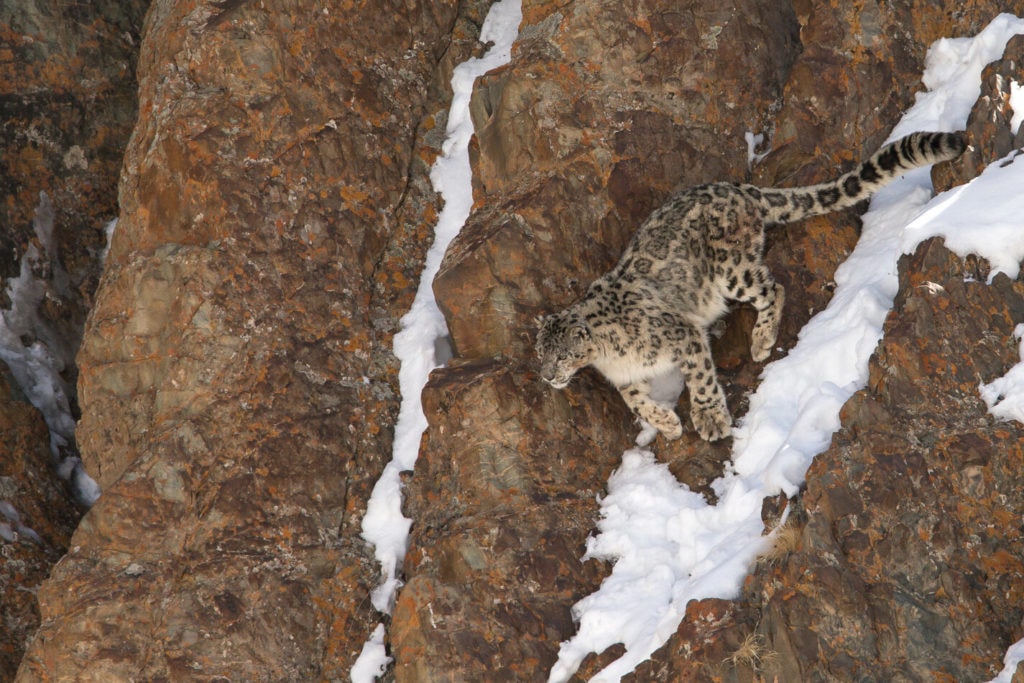 In the high mountains of the Himalayan kingdom reigns a mysterious cat. Stealth. Powerful. Legendary. And endangered. It's the gray ghost - The Snow Leopard (Panthera uncia)! Already extinct in Bhutan, the Himalayan brown bear has less than 200…

As for the flora, it varies according to the altitude. There are real oases of greenery near the rivers in the Indus Valley. Apricots and apple trees spread along the villages. On trek paths, it is not uncommon to see pretty Edelweiss.

Welcome to the end of the world: the Changtang, on the high plateaus of altitude, close to the Tibetan border. Huge pastures are home to nomadic populations close to the salt lake Tso Kar and the mythical Tso Moriri. Another lake of dazzling beauty is closer to Leh, the Pangong Tso, a beautiful blue dream in the middle of the mountains. Explore the jewels of Ladakh, between vast infinite spaces and wildlife!