Karnataka, a state in southern India still unknown to the general public, contains architectural, natural and human treasures that deserve attention. Located between six different states, it is a real link between different cultures. It is a summary of today’s India where tradition and modernity are intertwined.

Bangalore, with its cosmopolitan character, is the capital of the state. Nicknamed India’s Silicon Valley, the city is at the forefront of new technologies. At the opposite end of the spectrum, the ruins of the Vijayanagar Empire in Hampi, listed as a Unesco World Heritage Site, enchant the traveller with its lunar landscapes and mystical atmosphere.

A must-see, the cultural capital of Mysore, renowned for its Dasara Festival, awakens the senses with the scents of incense and sandalwood that perfume its streets, Maharaja palace and colourful markets.

On the coast you will find the pristine beaches in Gokarna and Devbagh.

The national parks of Bandipur and Nagarhole where black panthers, leopards, tigers and elephants live side by side.

The incomparable finely carved temples of Halebidu, Badami, Belur, Pattadakkal, the forts of Bidar, Gulbarga, Chitradurga, Bellary. The magnificent Islamic architectural monuments in Bijapur, the pilgrimage site of Sravanabelagola, the coffee plantations dotted in the western ghats of Coorg and Chikmagalur, and the luxury train journey The Golden Chariot. 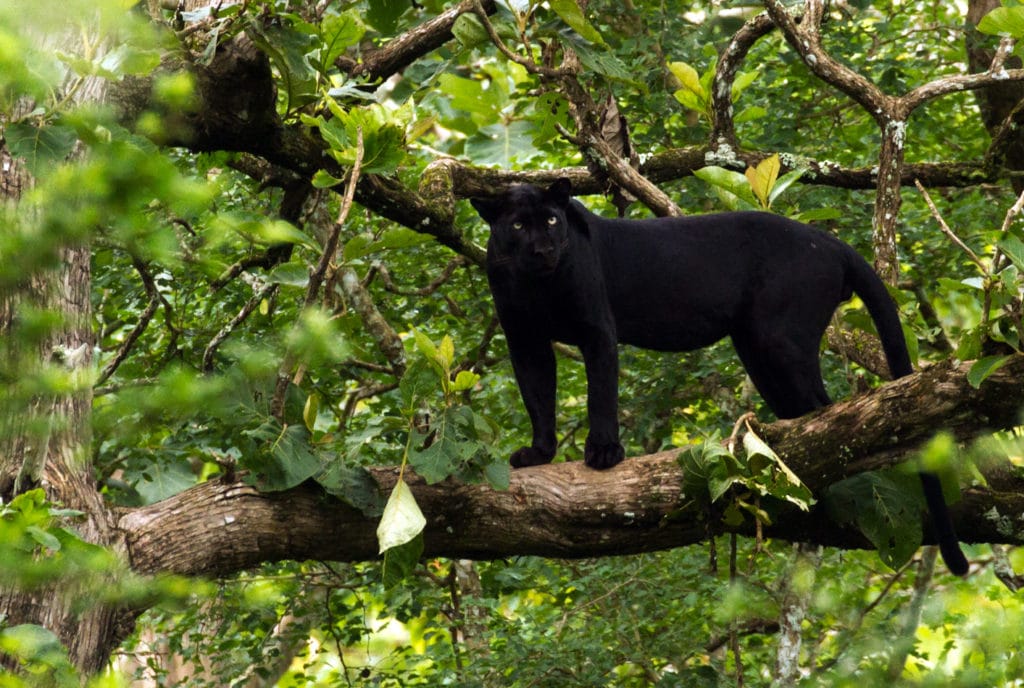 The holy grail in terms of big Indian cat... The black panther. The real incarnation of Bagheera in Rudyard Kipling's Book of the Jungle, she is the spirit of the forest that many seek to photograph it or simply…