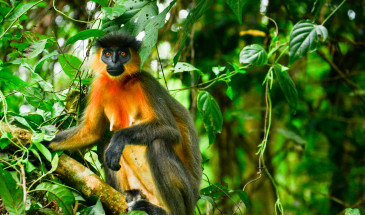 
Against the backdrop of the Eastern Himalayas lies a grass and jungle habitat of unparalleled beauty. The Manas forest extends on both sides of the enchanting Manas River (named after the serpent goddess Manasa) and presents one of earth’s most timeless vistas. A herd of elephants may silently make an appearance on the distant opposite bank, lending a touch of the ethereal to an earthly paradise. Little wonder why Manas was chosen by UNESCO to be a World Heritage site in 1988.  It also earned the status of Biosphere Reserve in 1989.

In this tour, you will get a chance to explore this wildlife haven. An incredible chance to witness many wild species; among which common are elephants, deers, leopards and if lucky, an occasional tiger. You will go for short hikes for bird-watching, and get to interact with the tribal people who live sustainably around the national park. Staying in cottages run by ex-poachers, you will be supporting them in their endeavors for conservation and community development.

After breakfast you are going to the India Bhutan border. You can Picnic by the riverside. After having lunch, go for a jeep safari to Mathanguri. This area shares boundaries with Bhutan’s Royal Manas. Evening come back to the hotel. Night in hotel/lodge/resort.

Today, explore the Agrang Forest village. Have lunch on the Beki River banks. Besides jeep safaris in the park, there are many other interesting options one may explore here (river rafting, nature walks or visit of the Bodo community, indigenous to Assam). Night in hotel/lodge/resort.

Transfer to Guwahati Airport. End of our services.