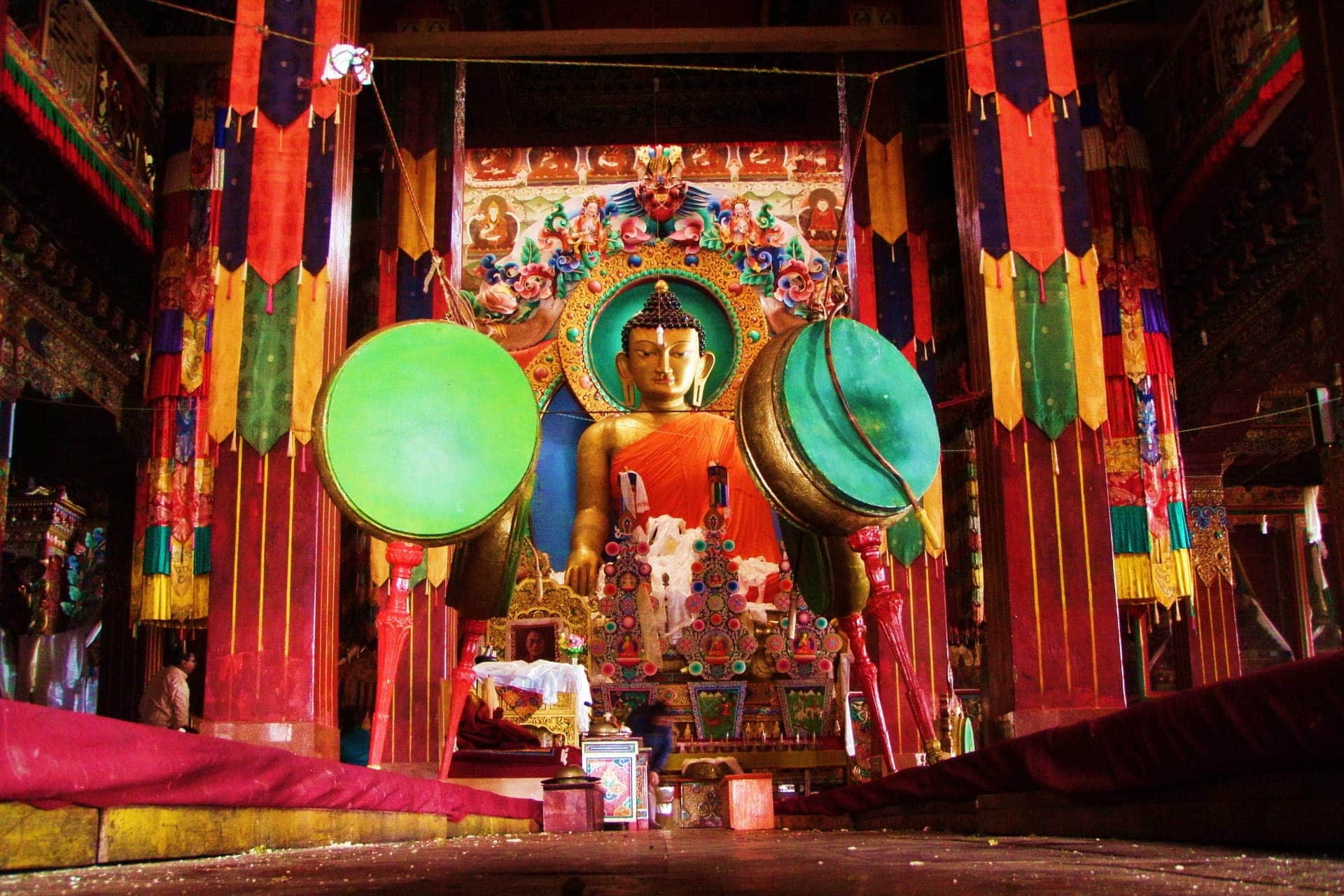 Early riser, Arunachal Pradesh, which translates to “land of the dawn-lit mountains” is also known as the Orchid State of India or the Paradise of the Botanists. This land of the rising sun is the remotest and one of the loveliest regions, yet the most scantily populated state in the entire North East, adding to the allure of this mysterious land.

Its haunting beauty has a magical charm that lures the visitor to imbibe of its natural beauty, tribal culture, craft traditions and splendid wildlife. Its very isolation has been a blessing and boon in many ways, having protected it from the ill affects of over-development and its consequent problems. Tucked away in the north eastern tip of India, Arunachal Pradesh is home to picturesque mountains, unexplored passes, tranquil lakes and famous monasteries.

Arunachal Pradesh borders the states of Assam and Nagaland to the south, and shares international borders with Bhutan in the west, Myanmar in the east and China in the north. Itanagar is the capital of the state. China claims the northern part of the state as a part of the Tibet Autonomous Region.

The largest state in the north east, it covers an area of 83,743 sq km with evergreen forests covering more than 82 per cent of the state, which varies from the sub-tropical to the alpine in the upper regions of the northwest. This vast canopy of rainforest with its dynamic blend of an amazing plethora of flora and fauna is one of the world’s 17 bio-diversities Heritage sites.

It is the only state that can claim to have four major varieties of the big cats in its jungles — the tiger, leopard, clouded leopard and snow leopard. More than 500 species of birds have been recorded, many of which are highly endangered and restricted to this state, such as the white-winged duck, Sclater’s Monal and Bengal florican. It is also home to seven species of primates — the Hoolock Gibbon, Slow loris, Assamese Macaque, Rhesus Macaque, Pigtailed Macaque, Stump-tailed Macaque, and Capped Langur and three species of antelopes amongst which the Takin is found in Arunachal Pradesh alone. The majestic ox-like Mithun of deep religious significance and socio-cultural importance is indigenous to the state.

Arunachal has the thinnest population density in the country with only 13 persons per sq km with 26 major tribes and a number of sub-tribes. Visitors have a host of experiences awaiting them in various fields of interest- Culture, Adventure, Nature, Heritage and Art & Crafts, that serve up a mélange of joyous holiday experiences.

While the Lohit, Tirap and Dibang valleys can be accessed from Dibrugarh (Kolkata-Dibrugarh), its best to head for Bomdila-Tawang from the Tezpur side, and Itanagar-Ziro-Aalo-Pasighat from the Lilabari (North Lakhimpur) side. A visit to the state can be divided into four distinct parts: the Bomdila-Sela-Tawang region, Itanagar-Ziro-Aalo-Pasighat, Roing-Anini and Namdapha-Tezu. To visit the Bomdila side of the state, one doesn’t have to go to Itanagar, Tezpur serves as a more convenient starting-point.

From September to May

Eastern Routes is specialized in creating tailor-made itineraries and will create the journey which will resonate with your convictions and wants. We offer many examples of itineraries in Arunachal Pradesh allowing you to get an overview of what one can live there. Programs, their itinerary dans associated map are freely available.

You can also receive PDF programs right at your inbox by providing your mail id and share them around (not for a commercial purpose). We will contact you only once to know if you need any information or advice to prepare your travel.

Discover here the many example itineraries in Arunachal Pradesh :