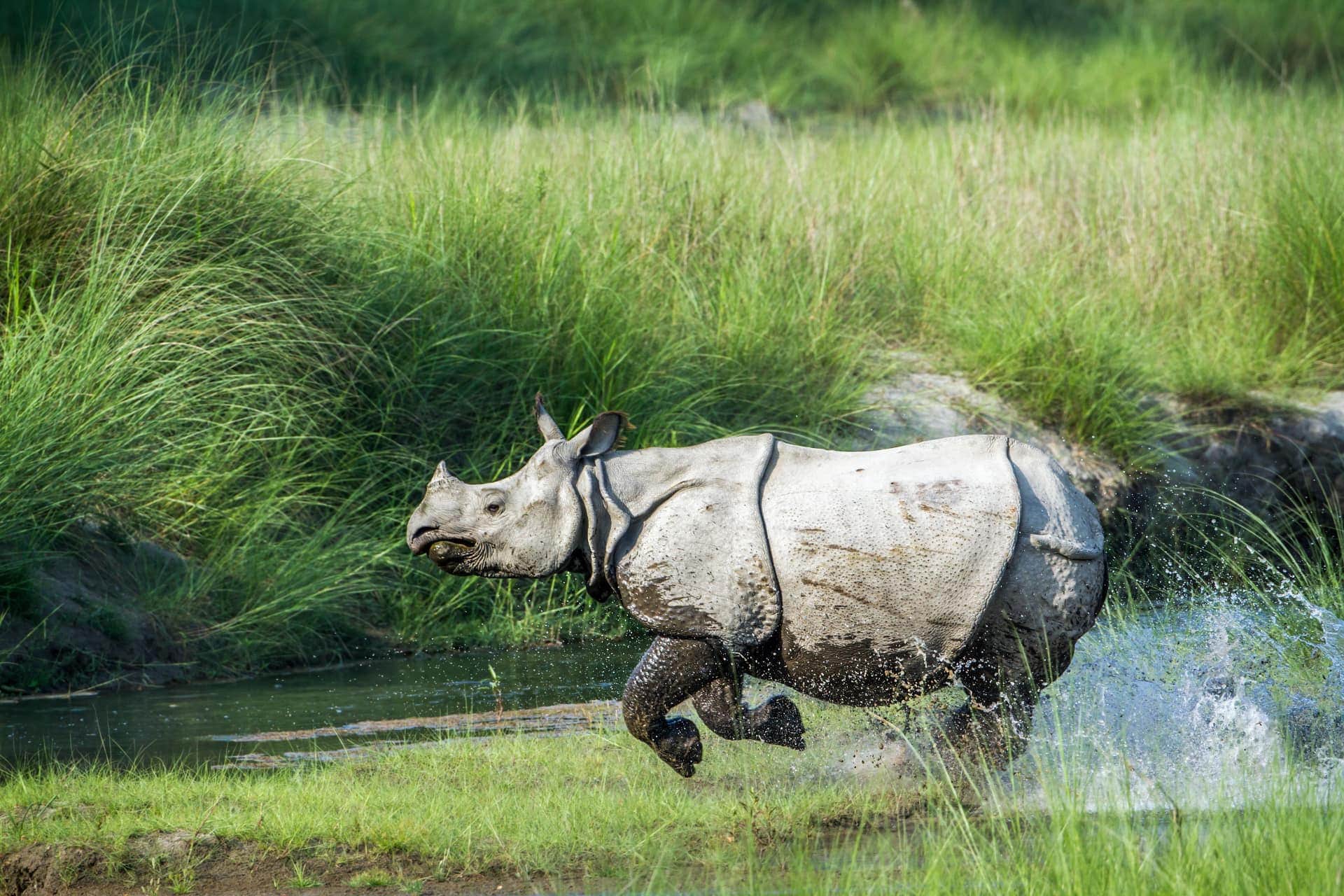 The quintessential Assamese landscape is a picture perfect paradise, dotted with emerald patchwork of paddy fields and gorgeously manicured tea estates. It is flanked in the distant north by the hazy-blue mountains of Arunachal and by the cloud-smoky hills of Meghalaya and the mighty highlands of Nagaland in the south. Also known as Axom (or simply Ahom), it was ruled by the Ahoms (belonging to the Shan tribe of Myanmar, Burma) for six hundred years, who not only protected the land from invasions, but also established an environment for cultural pursuits. One can still see their historical remains in the form of palaces, tanks and temples around Sivasagar.

Home of the Brahmaputra, its fertile alluvial plains extend all along the length of the Brahmaputra valley, making it the most accessible of India’s Northeast States. Rich in natural resources, it is one of the highest timber producers of the country and its tea estates, established by the British, produce over half of India’s tea.

Within the ever-shifting sandbanks of the Brahmaputra, it holds Majuli, which is very popular for its traditions and culture. Majuli island is one of the world’s largest inhabited river islands, by the natives, the Mising people (Wikipedia). Also, its rich biodiversity supports an immense range of rare and endangered creatures such as the one-horned rhinoceros, the golden langur, the Gangetic dolphin and the white-winged wood duck.

Global warming, which causes heavier monsoons and Himalayan Mountains ice to melt, is leading to increased rates of soil erosion, which threaten the existence of Majuli and makes it a topper in the list of “must visit” destinations of Assam.

Assam and tea plantations go hand in hand and you will surely see either dense or light tea plantation on every district that you visit while in Assam. Assam tea quality is recognized worldwide, especially for its black tea variety, known to make the base of the reputed Masala Chaï.

If you want to get a memorable tea tasting experience, Assam Tea Tour takes you to major tea hotspots, including Jorhat which is situated at 307km from Guwahati.

Despite its resemblance to people in neighboring West Bengal and Orissa, Assamese culture has its own unique features. The men are seen donning the gamosa (a red-and-white scarf worn around the neck) and the traditional ensemble for women is the mekhela chador, an exotic hand woven two-piece attire resplendent in colors and textures. As you travel across its stunning landscapes and interact with its indigenous tribes, you will notice there are several subtle nuances in the local culture that are typically Assamese.

In all, Assam is inahbited by welcoming and friendly people, a cuisine rich with natural aromas of the earth, and a vibrant artistic heritage marked by exotic dance forms, beautiful bamboo crafts and a string of elegant Hindu temples, making it a delight to travel in.

Assam is a State of Northeast India and Guwahati, the capital of Assam, is connected to major cities in India by flight, train or car and internationally to Thailand.
Some other Assam cities have an airport too : Tezpur, Jorhat, Dibrugarh, Silchar and North Lakhimpur. You will find, in Assam, roads in good condition and number of trains to travel between all Assam major cities – connections are available to travel to neighboring States too. Guwahati is a central base and a connecting route to the seven sisters of North East India.

The 4 seasons of Assam – Summer, monsoon, winter and spring – each showcases Assam in different moods. Its climate is a “tropical monsoon” type with a high level of humidity, especially during monsoons. Concerning the temperature, Assam is never extremely cold or hot.

Winter season starts from the end of October and lasts till late February, with a minimum temperature varying between 6 and 8 degrees Celsius. Nights and early mornings are foggy, with occasional showers.

Summer commences in end May, accompanied by high humidity and rainfall when the maximum temperature reaches 35 to 38 degrees Celsius.

The monsoon season starts from mid-June and continues till August.

The best time to visit Assam is during the winter and spring seasons. October to April offers a pleasant and moderate climate. The monsoon period is the best time for people who want to experience heavy rain, in the comfort of a tea estate bungalow.

Discover here the many example itineraries in Assam :