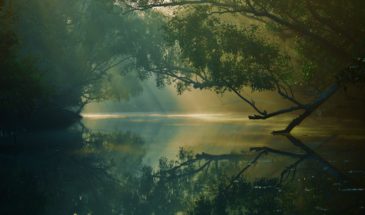 
Overcrowded, flooded and poor… These are the clichés easily associated with Bangladesh. But after a visit to this fascinating country, you might feel inclined to add adventure, nature, beauty and hospitality to this list.

Being one of the most crowded countries in the world, space is a priority and that is why visiting Bangladesh now is so important; if tourism increases and especially ecotourism in the western world, wild areas will remain so, but in the current state of affairs, these latter sanctuaries run a sad danger of being exploited and polluted. By showing our interest and participating in the local economy, it encourages the population to become aware of the richness of the environment and helps to preserve it.

So you might be wondering “What wildlife does Bangladesh have to offer?” Well, this is where it gets really interesting as hidden in the hustle and bustle of the burgeoning human population lives the largest remaining wild population of western hoolock gibbons (the rarest of all apes) and the largest population of tigers to the world! In addition to these two key species, there are other surprises, including many mammals, birds and reptiles. The rarest birds that we are likely to see are the Pallas’ Fish Eagle, Baer’s Pochard and Masked Finfoot, while the number of reptiles is dominated by the world’s largest poisonous snake, the king cobra, the largest reptile in the world, the saltwater crocodile and one of the largest lizards the Bengal monitor lizard.

We start this trip aboard our privatized boat and sail through the largest mangrove forest with one of the largest populations of tigers in the world.
Then we go to the East, in the heart of the tropical forests of one of the least visited places on the planet. Srimangal in Bangladesh is a beautiful place and is home to 6 species of primates. The Western Hoolock Gibbon is a joy to watch as it gracefully moves from tree to tree in search of figs, its favorite food. Other primates, Northern Pigtail Macaques and Rhesus Macaques which are large and opportunistic as well as the Capped Langur, Gray Langur and Phayre’s Leaf Monkey which are often found high up in the canopy, but the adventures do not end here. At sunset, the Bengal Slow Loris, nocturnal animal, is also on our list of animals to find.

Staying in the tea plantations and enjoying the true Bangladeshi culture, you will be able to say that you have been to a country that few have visited.

Finally, we go to Cox’s Bazar to explore Sonadia Island which was declared 20th Important Bird Area (IBA) of Bangladesh by BirdLife International. Conservationists say the island is one of Bangladesh’s most important and unique biodiversity hotspots.

Transfer to the domestic airport for the short flight to Jessore. Welcome at the airport and transfer to Mongla, port city gateways of the Sunderbans and tomorrow you will board the boat that will take you into the Bay of Bengal. On the way, visit the 60 Domes Mosque in Bagerhat. Night in hotel.

For the next 3 full days, you will be aboard our chartered private boat and taken to various wildlife viewing spots in the vast Sunderbans. You will first board the boat in Mongla and meet the crew. Leaving the busy port of Mongla, you will notice the change on the river banks as we move from civilization to nature. It is encouraging to see the rows and rows of industrial buildings transform into residential units and then into smaller huts before arriving in pristine mangroves. The first stop along the way will be after about 30 minutes, as we will stop at the Dhangmari forest station to officially enter the park and collect our armed rangers (mandatory). Night in cabin. The Sundarbans are the largest mangroves in the world. This area, which goes back 80 km towards the interior of the country and covers 38,500 km² (one-third of which is water), also includes the last plots of the immense jungles which once covered the plain of the Ganges. Since 1966, the Sundarbans have been classified as a Wildlife Sanctuary. Around 100 Bengal tigers and 30,000 spotted deer live in the park. The region takes its name from the sundari tree, which can reach 25 meters in height. Its very strong wood is used, among other things, in shipbuilding. Avifaune: Masked Finfoot, Mangrove Pitta, Mangrove Whistler, Brown-winged / Collared / Black-capped Kingfisher, Buffy Fish Owl... Mammals: Bengal Tiger, Chital, Gangetic / Irrawaddy Dolphin, Finless Porpoise, Asian Small-Clawed Otter, Fishing Cat, Jungle Cat... Reptiles: Saltwater Crocodile, King Cobra Royal, Bengal Monitor Lizard…

Early departure as the return trip to Mongla is quite long. We visit different rivers and canals and have lunch on the boat before reaching Mongla. Once arrived at the port, we will be transferred to Jessore airport for the flight back to Dhaka. Welcome to the airport and transfer to the hotel. Optional extensions: - Meeting with otter fishermen in the village of Gobra (2 days) - Join the wild honey hunters in the mangroves (April)

Early departure for Srimangal. After lunch, birdwatching in Lowacherra forest. Here we hope to see the Red-headed Trogon and Purple-throated Sunbird among many other species. Night in hotel.

Excursion to Satchari National Park in search of Phayre's Leaf Langur and Cachar Bulbul, the distribution of which is limited to the border areas of Myanmar and the hills of southern Assam. Additionally, the White-cheeked Partridge is present in this region, and although we will likely hear the Blue-naped Pitta, it is generally very difficult to see. Road back to Srimangal. Other notable species: Capped Langur, Northern Pigtail Macaque, Muntjac... Road back to Srimangal. Night in hotel.

This morning after breakfast we will head to the Rema Kalenga Wildlife Sanctuary and again take guided walks to find rare and endangered primates in the park such as Phayre's Leaf Langur, Capped Langur , rhesus macaque, Western Hoolock Gibbon and Slow Bengal Loris as well as Fishing Cat, Wild Boar, Indian Muntjac and Crab-eater Mongoose. Here there are also 167 impressive bird species which we will also try to find. Lunch will most likely be at a local restaurant. Road back to Srimangal. Night in hotel.

After a last morning in the vicinity of Srimangal, return to Dhaka. Night in hotel.

Excursion on the island of Sonadia to observe the Spoon-billed Sandpiper and the Nordmann’s Greenshank depending on the tides. Return to Cox’s Bazaar. Night in hotel.

Last morning in Cox's Bazar area or, if necessary, return to Sonadia Island Afternoon flight to Dhaka. Night in hotel.

This is our last day in Bangladesh with the option to shop at a craft market, great for souvenirs. After some shopping, transfer to Zia International Airport for your return flight. End of our services.